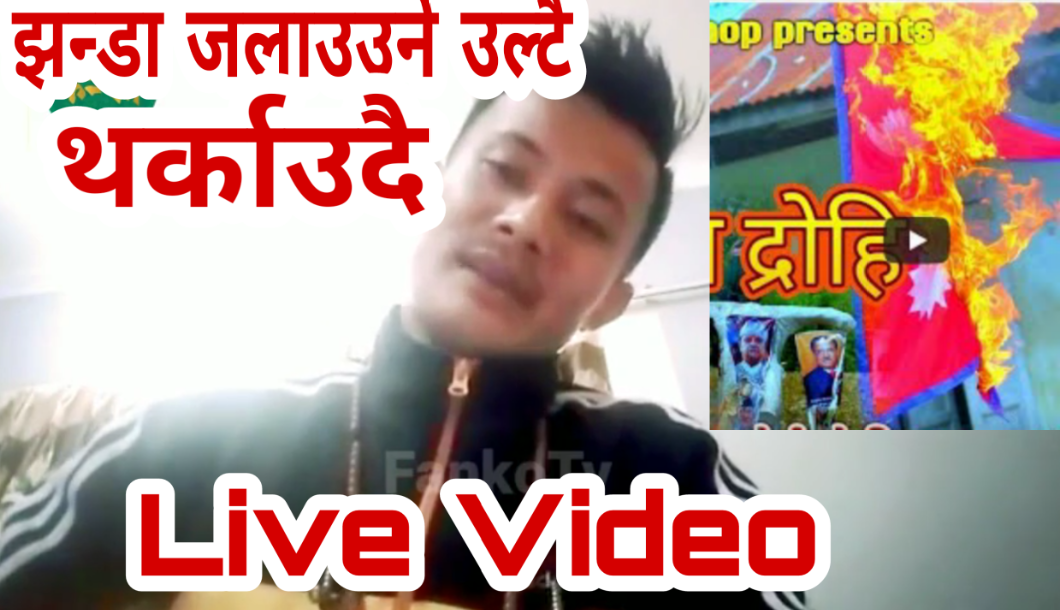 After the song was made public, the police arrested six persons while they were hiding in Swayambhu of Kathmandu. According to a CIB source, eight people, including Galgen Sherpa of Bagmati Gaonpalika Ward No. 3 of Makwanpur, have been arrested.

The names and addresses of those arrested have not been made public yet. A police source said that most of the arrested were from Kavrepalanchok district. The CIB is preparing to send the arrested to the metropolitan police premises soon. The CIB team arrested six people, including those seen in the song and involved in flag-burning, and eight others, including two from the Metropolitan Crime Branch.