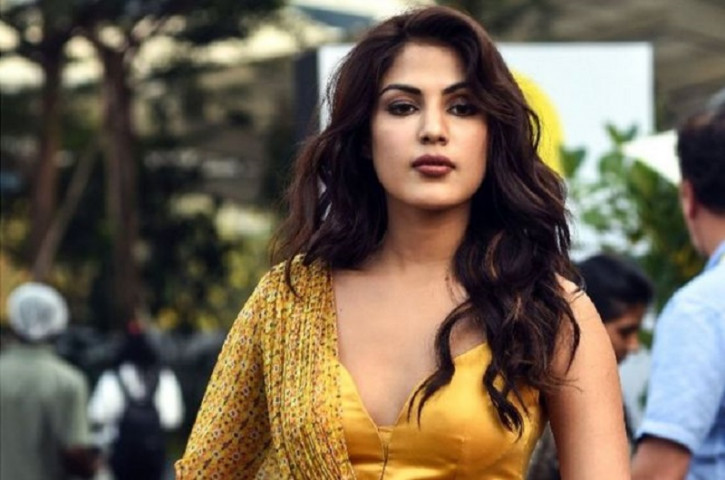 Bollywood actor Sushant Singh Rajput’s ex-girlfriend and actress Riya Chakraborty, who has been at the center of most interest and allegations in the ‘death case’, has opened her mouth about the deceased Sushant. She not only claimed that she did not use Sushant’s money, but also said that Sushant was suffering from depression and was taking medication for it.

Actress Riya said that she and Sushant found out that Sushant was suffering from depression while on a trip to Europe. She said, ‘During the trip, Sushant said, I am scared of flying. He took a drug called modafinil, which he always carried with him.

“During the trip, he was very excited to visit Europe, but he did not leave the room for three days,” she said in an interview. “He was very happy in Switzerland, but later in Italy, he became as sad and lonely as in Paris.” Riya has claimed that she was informed of depression.

The Supreme Court of India had allowed the CBI to proceed with the investigation after suspicions were raised about the Sushant case being investigated by the police. The CBI is interrogating Sushant’s family members and acquaintances. “Sources claim that the CBI has found some facts in it,” some Indian media outlets have speculated, adding that “Sushant’s death could be further complicated”.

Actor Sushant Singh Rajput was found dead in his own house in Bandra, Mumbai on June 13. Initially, he said that he had committed suicide by hanging, but gradually many fears about his death began to grow. Not only on social media, but also in the mainstream media, there were many questions about his death and the police investigation.

From Mahesh Bhatt, Karan Johar, Salman Khan to Sanjay Leela Bhansali, he has been accused of committing suicide due to nepotism and syndicate in Bollywood. Sushant’s family also questioned her ex-boyfriend, who was close to Indian film director and producer Mahesh Bhatt in recent days. Sushant’s father lodged a complaint with the Bihar police, saying, “Millions of rupees have been embezzled from my son’s bank account.” Riya has a hand in this. ‘

Even two and a half months after the incident, the investigation has not been able to find out the exact cause of Sushant’s death.

These 13 sensitive proposals if they become inactive without discussion, Every Nepali should know