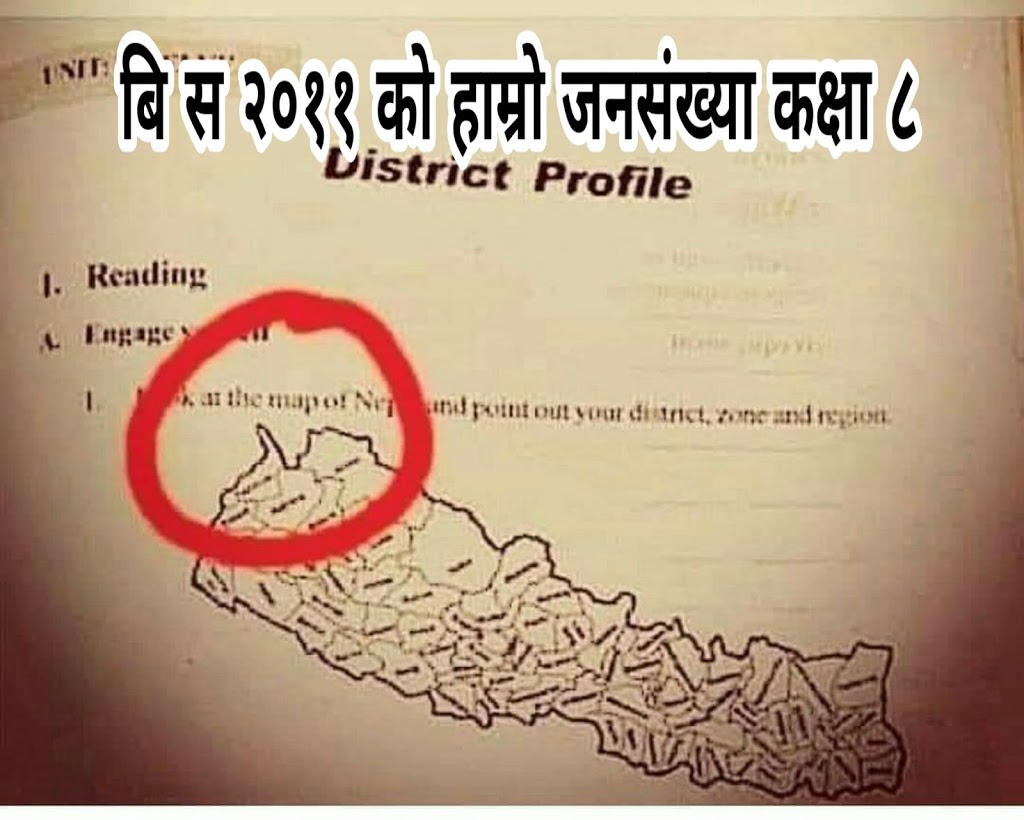 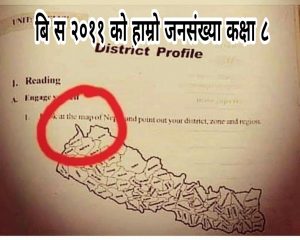 This map was published in B.C. It is mentioned in the class 8 population of 2011. Who changed the map without the Lipulek and when, exposes the traitor who sold the country. Everyone’s attention is focused on this. The map of Nepal has not been like this before. Therefore, since 2011, the map has changed from time to time and under whose leadership. That would be able to detect the biggest virus in the country.

Why the eyes of India and China on Lipulek?

Kathmandu: Why powerful and emerging nations India and China are keeping an eye on Lipulek, the land of small country Nepal. It was through this land that the road to China was built. Why is China also supporting India’s work? China, along with India, reached an agreement on May 15, 2015 to make Lipulek a bilateral trade gateway without Nepal’s knowledge.
During his visit to China, Indian Prime Minister Narendra Modi had decided with Chinese President Xi Jinping to make Lipulek a trade gateway between India and China. This agreement is not the first. 66 years ago, India and China signed an agreement on April 29, 1954 to open six borders, including Lipulek, for commercial purposes.
Diplomats and border experts say that Lipulec is an important place for both China and India in terms of strategic, trade and religious tourism, as it has the advantage of Nepal’s past diplomatic weakness. Krishna Singh Saud, head of the Darchula Multipurpose Campus, says he has his eye on Lipulec as it is the shortest and easiest way to get to and from India and China.
According to him, Lipulec is an easy route for India and China in terms of security, religion, culture and trade. From a business point of view, China needs access to major cities like Delhi in India, while India also needs affordable roads to reach Lhasa. It is a fact that getting transit facility through short route will reduce the transportation cost of both the countries i.e. save cost and time and increase trade profit.
China has to sell its manufactured goods in as much as possible to the Indian market, which has a population of over one and a half billion. India also has to transport its heavy iron-bearing raw materials cheaply from Lhasa in China to Shanghai, Beijing and other industrial areas. Therefore, both the countries need easy and beneficial roads.
He said the territory was of great strategic and security importance to India. “This route is the shortest route to Kailash Mansarovar. Thousands of Indians visit Kailash every year. It is also a convenient route for trade exchanges between India and China,” he said. That is the reason for keeping the army. ‘
With the construction of this road, Nepal’s tourism business will be hit hard. Thousands of Indian pilgrims visit Mansarovar every year using the Delhi-Kathmandu-Nepalgunj-Simikot-Hilsa route. As the Lipulek Mansarovar route is the shortest route, now that Indian tourists are going from there, Nepal is facing huge financial loss.
Lipulek, located in the upper part of Darchula’s Beas village, is at an altitude of 5,029 meters above sea level. The Lipulek Mansarovar route is the shortest route from India to Mansarovar. Lipulek is located 16 km east of Taklakot in China from Bhanjyang, where the road is connected from the Chinese side. There is a good goreto from Lipulek to the Chinese border.
According to the old map documents of the Sugauli Treaty up to 1856, Lipulek belongs to Nepal.
Lipulec is 750 km from Delhi, India. Kalapani is an Indian paramilitary camp 10 km west of Lipulec. Limpiyadhura is 53 km west-north of Lipulek. There are three villages (Garkha) including Kuti, Gunji and Nabi in Limpiadhura area.
The area from Lipulek to Kali Mandir near Om Parbat via Kalapani and Upper Kawa is 60 sq km. The area of ​​Limpiyadhura is 335 square kilometers. India is encroaching on 395 sq km of Nepal’s territory.
Border expert Sadhya Bahadur Bhandari says that India and China are trying to make Lipulek a meeting point. He said that China had entered into a bilateral agreement in the name of joining SAARC in 2015, ignoring Nepal’s sovereignty. “I don’t think there is much Chinese interest in Lipulek, but it has also entered into an agreement with India, ignoring Nepal’s sovereignty in its bid to join SAARC. We should oppose that,” he said. He said that India should immediately stop the construction of this road and hold talks at the Prime Minister’s level. “Immediate talks should be held with India,” he said, adding that “diplomatic notes should be sent to China.”
He said that India, which has been keeping the army for 80 years and encroaching on Nepali territory, has shown a big hesitation by building roads in Nepali territory.
Five years ago, a car crashed in Kalapani
India has been building vehicles in the Kalapani area of ​​Nepal for the past five years. The Indian paramilitary force drove the vehicle in a helicopter. Chief of Darchula Campus Saud said that the Indian Army has been operating in the 32 km area from Chiyalek to Kalapani for the past five years. “India has been flying helicopters over our land for 80 years,” he said. India has been keeping the Indo-Tibet Border Police Force (ITBPF) in Kalapani, Nepal since the Sino-Indian war in 1962.
India has been building the Lipulek-Mansarovar road connecting China for 21 years. The work from Tawaghat to Garbadhar was completed in 2008. After that, the pace of road construction slowed down for some time. From 2014, India accelerated the construction of that road again. On April 10, Indian Defense Minister Rajnath Singh inaugurated the Lipulek Mansarovar Road via video conference. The Indian capital, Delhi, is connected to Lipulek by a motor road.
Historical background, facts and figures with special details, political events in the past and

CBI got success in Sushant’s case, fans are happy