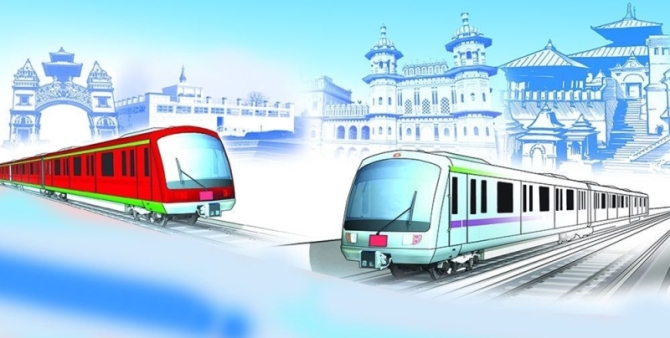 Railway
It is stated in the policy and program that work is being done to operate the railway service from Jayanagar of India to Bijulpura of Nepal within the fiscal year 2077/78 BS and a detailed project report has been prepared for the construction of East-West electric railway.
President Bhandari announced that the preliminary work of Rasuwagadhi-Kathmandu Railway and Birgunj-Kathmandu Railway will be started in the fiscal year 2077/78 BS. Construction of Kakadvitta-Inaruwa section will be started by completing the preparatory work of East-West electric railway. Preliminary study of Kathmandu-Pokhara-Lumbini, Kathmandu Metro, railway connecting important industrial and commercial areas of Nepal from Indian border and connecting Kathmandu from China and India has been completed.
Ships

Stating that Nepal’s own flagship has been prepared to reach the sea from India’s inland waterways, President Bhandari announced that legal arrangements will be made to operate Nepali ships for international trade using this waterway from the fiscal year 2077/78 BS.