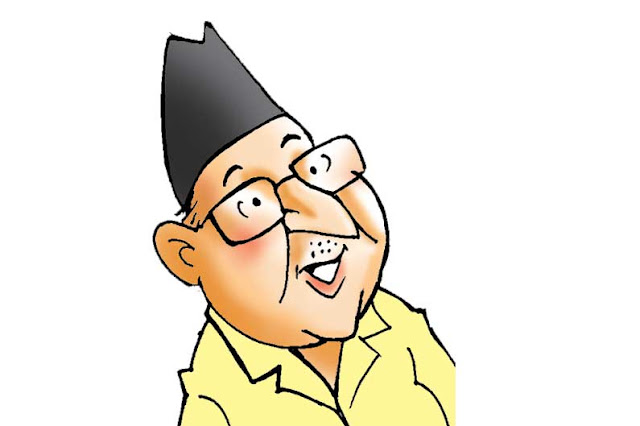 Gokul’s tweet in support of the Prime Minister
Former Communications Minister Gokul Banskota has said that there is no problem in the ordinance brought by the government. He is of the view that there is no problem in the ordinance brought by the government but there is a problem in the spectacles.
Former Minister Banskota, who resigned on March 22 after being involved in the security printing press purchase case, has supported the government and the Prime Minister through Twitter.
He claims that the bill brought by the political parties and the Constitutional Council on Monday did not show how loose or tight the party’s deceit is.
“Strengthening the state system is not a matter of which party’s mouth is loose or tight,” Banskota wrote in a tweet. The problem is not the ordinance, it is their fault. ‘
Shared party
The joint party has issued a press release on Tuesday objecting to the two ordinances brought by the government on Monday. The common party has accused the ordinance of revealing Prime Minister KP Oli’s dreadful aspirations towards authoritarianism.
There are allegations that the government, which has been ruling with almost two-thirds of the popular vote, has been pushing the people for more than two years. “After losing public confidence, the prime minister seems to have a clear, authoritarian mindset to keep himself in power,” he said.
In a difficult time dealing with the Corona virus scare, a leader with a sense of human conscience and a sense of state responsibility has done what the prime minister cannot do. He is accused of trying to cover up his incompetence and inaction by bringing in ordinances in a guerrilla style without the knowledge of other chairpersons and top leaders of his own party.
“Even during the Corona disaster, when there was extreme corruption and dissatisfaction with the government’s actions, there was an insult to the people who were silently supporting them,” he said.
“Despite the strong public opinion in the parliament, it is a mockery of decades of democratic struggle in Nepal to try to rule with the hateful politics of party split and jute and complete control over the constitutional body,” Sajha said in a statement.
Sajha has demanded immediate withdrawal of this, calling it an unfortunate step.
Full press release
Ordinance: A clear aspiration for totalitarianism

The common party is of the view that the two ordinances issued by the Government of Nepal on Monday have revealed the dreadful aspirations of Prime Minister KP Oli towards dictatorship. The common party strongly demands immediate reversal of this unfortunate step.
With a two-thirds majority in government, the government has lost much of its credibility over the past two years, and the prime minister appears to be dominated by an authoritarian, individualistic mindset.
Both the ordinances were introduced by Prime Minister Oli in a guerrilla-style meeting of the Council of Ministers without any discussion with other chairpersons and top leaders of his own party.
At a time when the country is going through a difficult and uncertain situation due to corona virus infection, the Prime Minister has done something that a leader with little human conscience and state responsibility can do.
It is a mockery of decades of democratic struggle in Nepal to try to rule from the hateful politics of party split and jute and full control over the constitutional body and not from the parliament despite having a strong public opinion in the parliament. The spirit of the democratic system is a naked attack on the notion of separation of powers.
This is a great insult to the people who are constantly supporting the Prime Minister saying that political stability should not be jeopardized even when the Corona disaster is rampant and the leadership of the government is increasingly failing.
The ordinance, brought by the government at a time when there is growing distrust among the general public over the entire Nepali political arena, could lead Nepal’s democracy to crisis. It has repeated the old style of Nepali politics of attacking established institutions and values ​​of democracy to cover up its incompetence and inaction.
Therefore, what has happened today is not only the result of immediate action but also the result of decades of selfish, irresponsible, distorted, inconsistent, patriotic politics in Nepal.
In order to change this situation, the common party heartily appeals to all politicians and ordinary Nepalis to leave their political differences and unite for the benefit and protection of themselves, their children and the motherland.
Rabindra Mishra
Sajha Party
Date: 09 April 2077