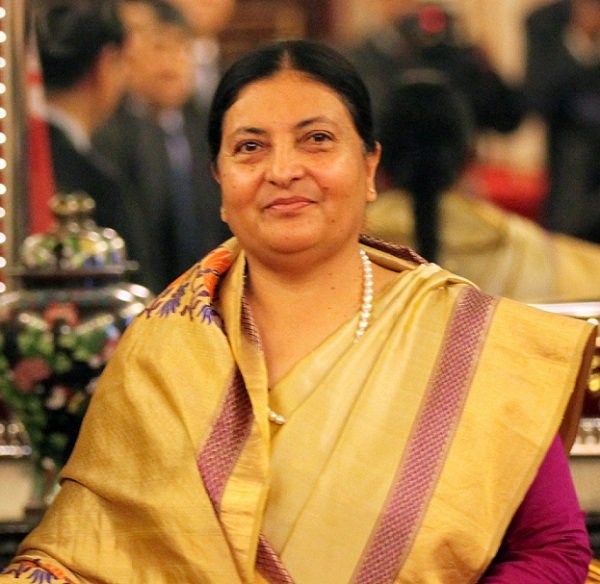 Last time I got a chance to read the news that a carpet worth Rs. 10 million is being prepared for the office here. As soon as this news became public, I am writing a letter containing many arguments and arguments that have arisen in my mind.

I was one of the many women who shed tears of joy as her name was recommended as the second President of the Republic of Nepal. The news of a woman who lost her husband at a young age and then faced many hardships and became the president by continuing politics was not easy for the citizens. The country has got a true guardian, now there will be less corruption in the country, the way will be paved from here to run the economy of the whole country in a frugal manner, etc., etc. Chang Mann had accumulated in his mind.

After the election of the State House of Representatives in 2074 BS, I had some expectations left until the name was proposed here again.
However, the desire to write a letter in the name of the President has arisen after the recurrence of disputes that have been made public time and time again since he took over the responsibility of the President.

After the constitution defined Nepal as a federal democratic republic, it was natural for the children of the people to have the responsibility of the president. But the office here and the following cases directly connected here have embarrassed not only me but all the Nepali women along with thousands of your well-wishers.

During his first and second term, he has been here for an average of five years. It was not a good thing that the President’s Office was repeatedly dragged into controversy with you during this period, which is happening now. In the last case, there is talk of laying a carpet of Rs 10 million in the office and decorating the bathroom at a cost of Rs 18.4 million. That can’t send a message without burning the hearts of as many citizens as possible. Because the country is in an epidemic. Due to the lockdown imposed by the government in the name of corona control, the stove of those who are earning their daily wage has not been lit for months.

Those returning from India after losing their jobs are stranded at the border. How many lives have been lost in quarantine, the number of suicides has reached one thousand since the lockdown started. Thousands of citizens are sleeping on the streets with magazines. Children are starving, pregnant women, senior citizens and people with disabilities and pregnant women are on the rise. Rising unemployment could lead to tomorrow’s murder, violence and rape. Why do you need a carpet worth Rs 10 million in your office? And why did you have to spend Rs 18.4 million on bathroom decoration in a building built three years ago?

It is said that women are more frugal than men. They are also gentle and kind. But you could not feel any of these feelings. We have read the history that the ancient king Mahendra used to sit on the top of the tower and look at the houses of the people and eat after the smoke rose in everyone’s house. Maybe you’ve read it too. You are a woman Women are given sub-heavens, mother earth, mother, goddess, creator, mine of love.

Instead of changing the carpet of Rs 10 million in the office at this time, you should have been able to provide food to the hungry people at the checkpoint, take the homeless to their destination and provide relief to the families of the victims and return the carpet laying money. Otherwise, the carpet laying program would have been postponed immediately and the money could have been sent to the state treasury to be spent for the control of corona. That Nepal has got a true, citizen-loving and frugal president.

But that did not happen. Earlier, the incidents of buying expensive helicopters and helicopters from the Rashtrapati Bhawan to the Parliament House and mocking Congress President Sher Bahadur Deuba at a public event would have been covered up. Why didn’t the attention go here in the hour of disaster? Maybe you also hired advisors by paying salaries from the state treasury. Where did they lose their sanity at that time?

It is true that the President and his office have been involved in disputes in the following cases before. The office is spread over an area of ​​140 ropanis and 193 ropanis of police academy. The president’s office has been embroiled in controversy, saying it was an attempt to expand the president’s office by displacing the police training center.

Your government has been embroiled in controversy for the second time over the government’s release of Rs 180 million to the President for the purchase of a safe bulletproof vehicle. It was remarked that the president of a poor country demanded expensive car because it was a luxury. 180 million has not been disbursed to the President to buy a car. The issue was raised saying that the amount was disbursed for other vehicles required for security, including ambulances.
You also got into trouble because of the style adopted in the Rashtrapati Bhavan.

Former Chief Justice Gopal Prasad Parajuli has been vaccinated on his knees and other leaders, including the army and police chiefs, have been vaccinated.

What was Riya doing after sitting with Sushant’s body in the morgue for 45 minutes?